Power Rangers Samurai Out In London! 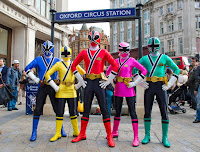 The five super heroes have been entertaining children for nearly two decades and were celebrating 18 years of TV success in the capital with the launch of smash new TV series Power Rangers Samurai.


London commuters were stunned last week when the Power Rangers hit the city to mark their 18th year and the return of the kids’ favourite TV show on Nickeloden. The five super heroes took to the streets of London to cement their status as cultural icons with a series spanning nearly two decades on our TV screens.

The red, pink, blue, green and yellow stars were spotted around the capital with sightings at the Tower of London, the London Eye, Oxford Circus, the Millennium Bridge, Abbey Road and even on the tube. The Power Rangers were on hand to protect the capital and to celebrate the success of the 18th series, Power Rangers Samurai. The series is now one of Nickelodeon's most successful live action shows. 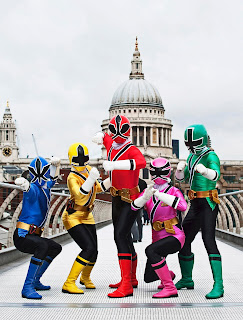 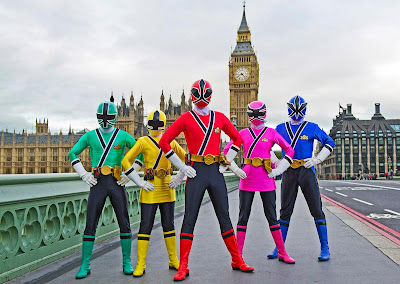