Our Bad Luck With Cars

It's been just over a year since Mr.B passed his driving test back in March 2012. We couldn't wait to purchase our first family car, so we bought a Rover for just under £300 second hand from a garage. With me being a stay at home mother and Mr.B working but not on great money we couldn't fork out alot of money for a new car.

I was very nervous when I got into the car and Mr.B put his foot down, "GO SLOW"  even though he was only doing 10mph as we had just set off, but I couldn't help being nervous as it was the first time I was in a car with him driving. 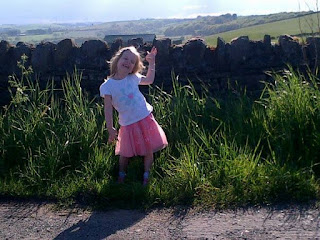 Months later and were already on car number 7, yes that's right car number 7!! We have no luck what soever when it comes to cars, or maybe we just don;t know much about cars and always ended up buying a car that needed alot of work doing to it.

We have now got a lovely Ford Mondeo, it's so much quieter and much much more relaxing than all the other cars we've had. This time we done the right thing and asked Mr.B's cousin if he would go with Mr.B to have a look and test run the car before we bought it. We ended up having to buy that car yesterday because 2 days earlier we broke down on a steep hill on the way to Mr.B's cousin's, it was very scary because Andy had to roll the car backwards slowly and then we all got out and waited for his cousin to come and tow us. We bought fuel pump and various other parts for engine but it still wouldn't work. Everyone was unsure what was wrong with the car. 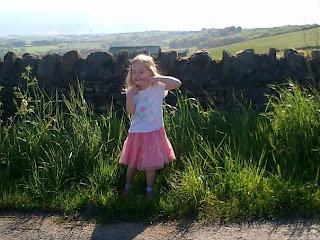 Luckily enough the sun was shining and we were surrounded by countryside, it was a lovely view! Alesha made the most of it by asking for her photo to be taken haha!
So please cross your fingers and toes that this car will be our final for a long long long time. 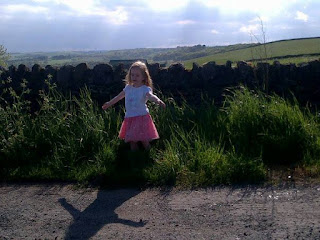