Cysts On Both Eyes Of My 3 Year Old Daughter

For the last few months Alesha has been getting these cysts on the bottom of her eyelids but after a few days fade away but just over 2 months ago they came back and haven't budged since. She now gets them growing on the inside of her eyelids so there on her eyeballs which can be irritating for her at times.

The doctors gave me antibiotics which didn't work so I went back and then I was given eye drops to try which didn't work also so she was transferred to Sunderland Eye Infirmary hospital. My mother and her partner Peter took me and Alesha to the hospital as it's quite a distance from our house in Hartlepool so would be a pain to get public transport. 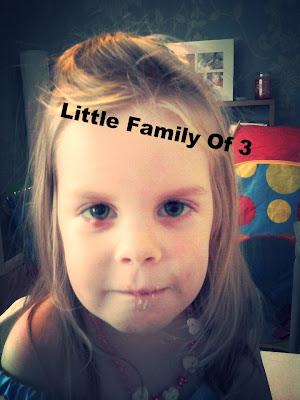 We had over a 2 hour wait for Alesha to be seen to, but I can't complain because Alesha was good as gold and made us and other patients laugh whilst waiting. We were all sat nice and quiet and then Alesha says "Pete do you want to come for a walk, come on"! So Pete took her hand and she led him over to the vending machine asking if he would like a drink while were waiting, haha my little madam. Pete got her a drink and she happily sat sipping away until she decided to go over to the bin to put some paper in which she found in her coat pocket. She placed her foot down on the pedal to open to lid of the bin, she done it 3 times so I said "Alesha come over here and sit down please" to which she replied "mum I'm just getting some fresh air", made us all laugh out loud, bless her!

Finally, it was Alesha's turn to be seen to, she had an eye test done which revelled her eye sight in one eye was poorly. The doctor then had a look and informed me that the red lumps on her eyes that keep going and coming back are called cysts that he was making a hospital appointment for Alesha to see someone else that in the meantime just keep bathing it in warm water until we get an appointment through in the post.