Children across the country begin the magical countdown to Christmas Day. As the excitement builds, parents tell their little ones how many 'sleeps' until Father Christmas shoots down their chimney.

To make the anticipation a little more bearable, Mothercare has launched a range of festive PJs for little ones this Christmas. From red nosed reindeer's to sleepy penguins, there is a pyjama set to suit every good girl and boy hoping for a visit from Father Christmas this year. 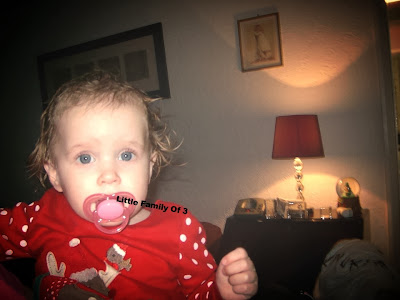 It's beginning to look alot like Christmas in my house since my two little munchkins have started wearing a pair of Christmas pyjamas which were sent to us for review.


Alesha was sat next to me at the dining table and as soon as I opened the parcel she said "aww mummy is it Christmas" haha! I then showed her robin check pyjamas and said that they were hers and the reindeer pyjamas were Alana's. She got really excited and was asking to put them on there and then (mid-day), but instead I told her to pack them away and they could wear them over at nana's house at the weekend.
Not only do these pyjamas look lovely they also feel it too, it's easy to tell by looking at them that there not a cheap. They have since been watched on a hot cycle twice and have come out good as new! Remained the same shape and lost no colour, so in my eyes that's good! 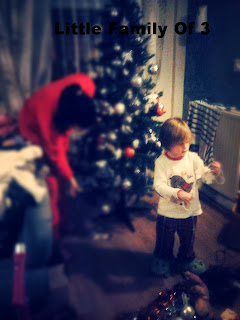 For more information about the sleepwear range, or to view other products from Mothercare, please visit the website.
I was sent these pyjamas for the purpose of this review.