Discharged After Operation For Ovarian Cyst & Hemorrhage In Stomach

On Wednesday I was having cramping pains in my lower stomach so I decided to do a pregnancy test even though it would mean I was only 2 weeks pregnant if it came back positive. So Brandon went and bought me 2 ClearBlue pregnancy tests and they both came back with strong positive lines. 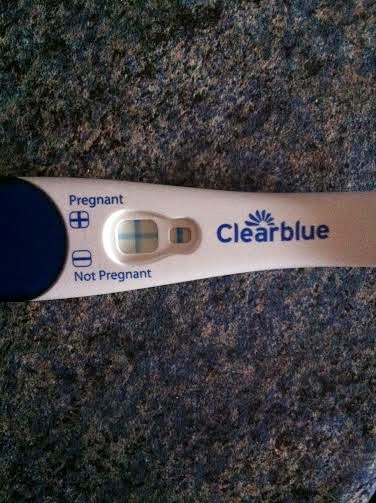 Me and Brandon were both over the moon and couldn't stop smiling as our family would definitely be complete if we have a child of our own together (even though he classes Alesha & Alana as his own).
But sadly the following day on Thursday the cramping pains were getting worse so Brandon took me straight to A&E whilst looking after me he was trying to deal with our little miss moo Alana aswel. In the meantime he had asked our friend Elly to pick our eldest up from school for us as he wouldn't make it back on time.
The nurse took some bloods and done a urine sample which also came back positive for pregnancy. After a few hours I was transferred upto Ward 30 and was giving painkillers to ease the pain away. The doctor then came to talk to me and informed me that later that night I would need to have an operation as they think I was having an Ectopic pregnancy. Hearing the doctor say those words I felt like crying because back in October 2011 I suffered an Ectopic and had my right tube removed therefore if this was another one then it would mean my left tube being removed and I wouldn't be able to conceive children after that.
I then suggested it would be a good idea if Brandon went home and got kid's fed and ready for bed. Then at 6.00pm Brandon brought Alesha in to visit me whilst his mam and step dad babysat Alana in our house. It was hard to say goodbye to them both when they were leaving as I knew shortly after I would be took downstairs to theatre to have an operation for suspected Ectopic pregnancy.

After signing all the consent forms I was brought down for surgery, upon waking up and recovering my throat was sore but I was more in agony with my left side of my stomach. But, as soon as I was able to open my eyes and see a consultant I spurted out "did you leave my left tube in"? To which he replied "yes we did"! That was enough for me, I was happy with that answer so I closed my eyes until I felt abit more awake. 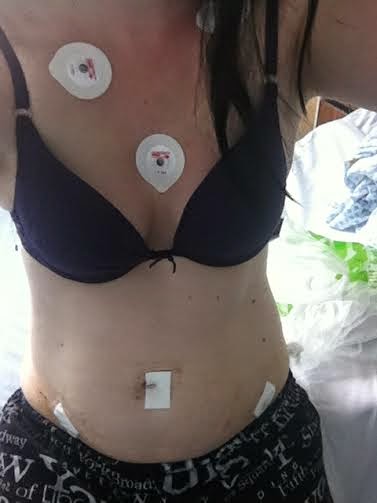 The following morning the doctor came around to see me and told me that it wasn't an Ectopic pregnancy that he had to deal with that I had a cyst on my left ovary and hemorrhaged quite heavily within my stoach which was the cause for the bad cramps. So luckily enough Brandon took me into hospital on Thursday. Later that day on Friday I was discharged and allowed home, it was agony trying to get out of bed, the walking part wasn't too bad, thankfully Brandon had parked his car close by the hospital so I didn't have far to walk.

I'm now at home recovering, still in alot of pain with my left hand side scar. I can't lie down in bed as it is agony to try and get up the burning, stinging sensation rips through the left hand side of my stomach. So I've been taking Codine and sleeping upright on the couch.
It was lovely to have Brandon's parents and my friend visit me with gifts when I got home, and for the help of my step dad for being their to mind the kids for us esp when I had to go back into hospital on Saturday for another blood test to see if I am still pregnant. I will find out the answer to that later today when I ring the hospital up for the results.
On Saturday I had to go back into hospital at 5pm for a blood test to check my hormone levels to see if I'm pregnant. It took 1 hour 35 minutes and 2 nursers and 2 doctors to get a bit of blood from me not even enough to fill one off the tubes. Both my arms and my hands are black and blue with bruises when them trying to get blood.The first doctor accidentally pricked herself with the needle after it had been in me so she then started saying she will have to go for a medical because she doesn't know if I have anything that she could catch. When the next doctor came in to try she started asking me if I ever had HIV and when was the last time I done a test for it and if I sleep about with different men, Brandon was sat in the room listening to all this and he was fuming especially because it's normally a 5 minute job and then they start asking me these question's because a member of their staff pricked themsleves. It was that last doctor that managed to get some blood from me and just when she did she asked "would it be ok if I tried to get some more to do a HIV test". Right away I said NO! I'd been sat there long enough letting them poke and prod me, I felt wek, dizzy and hungry let alone still in pain. So I suggested a follow up appointment once my bruising goes down. 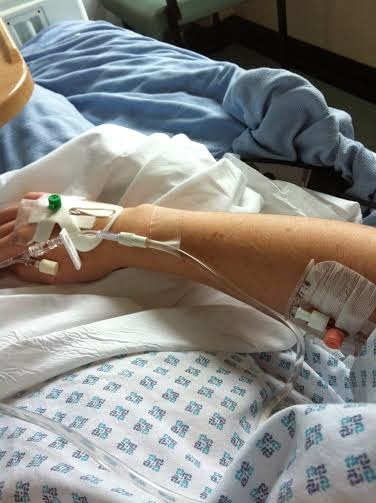 With Brandon working last night and tonight and then back on days Thursday & Friday my mother suggested that we took the children through to her until Friday as it gives me time to try relax and recover..
I'm very thankful for my mother for doing that for me, she even keeps me updated throughout the day by sending me pictures of the kids and what they are upto. It made me morning this morning waking up to a photo of my beautiful daughters happily playing together in my mum's living room.
Think It's time I logged off this now and go take my painkiller's and try relax, even if it's boring being sat on my ass all day.
Posted by Unknown at Monday, September 08, 2014