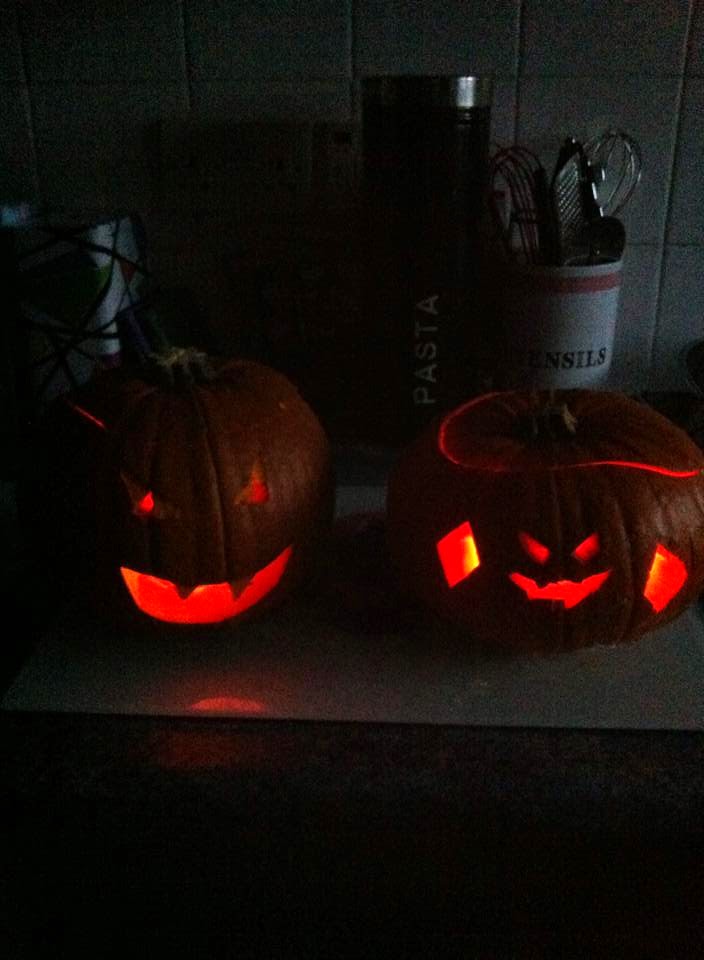 Our first Halloween together as a happy family of 4 was brilliant! For those of you that don't know me and Brandon officially got together in March (although seems alot longer as we get on like a house on fire).

Me and Brandon dressed our little munchkin's up the best we could, Alesha wanted to be a Dracula and well Alana she was too young to understand much so we decided to dress her up as a scary witch.

The week before Halloween Alesha had a school Halloween disco so we got her ready and because me and Brandon are both rubbish at facepainting his mum and step dad said to bring her over and hey would paint her face. They only live on the next street so literally a 2 minute walk if that. The girls love going around to see Nanny and Pops, they all enjoy the company of eachother.

Alesha sat very still on the chair whilst her Pops Trevor pained her face as scary as he could, in the meantime Alana had Nanny sat on the floor playing with toys whilst me & Brandon were trying to keep the dog Scouse entertained and away from Alana as she is scared of dogs.

Alesha had a lovely school disco, she enjoyed dancing with her friends and stuffing her face with hotdog and sweets.

On 31st October Halloween day my younger sister Amy came around so we all went out for dinner including Brandon because he was off work. Then home to get the little munchkins dressed and ready to go trick or treating. 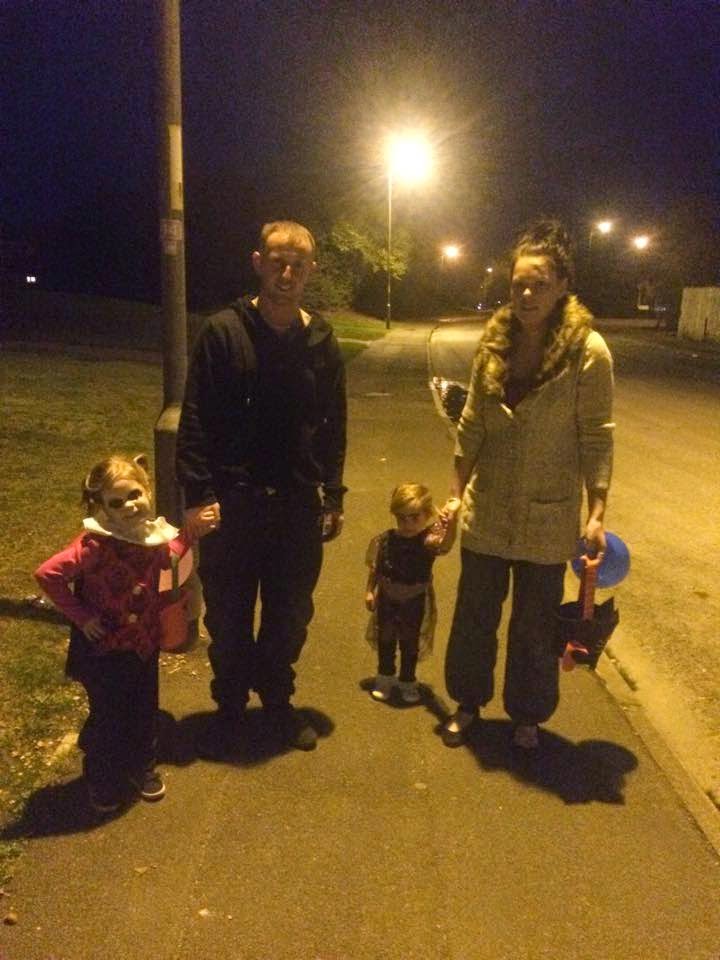 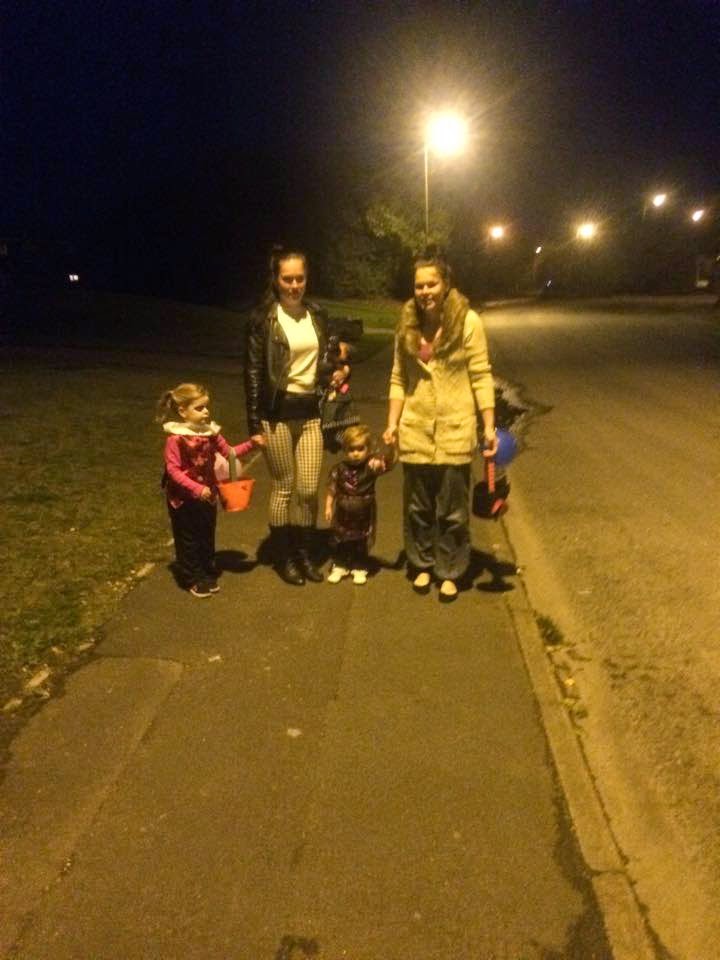 Alana wasn't too sure when it came to knocking on doors she was abit weary so I held her hand whilst Alesha knocked.

They both enjoyed being out with us walking in the dark, was really fun to them as their hardly out in the dark unless were driving somewhere in the car. 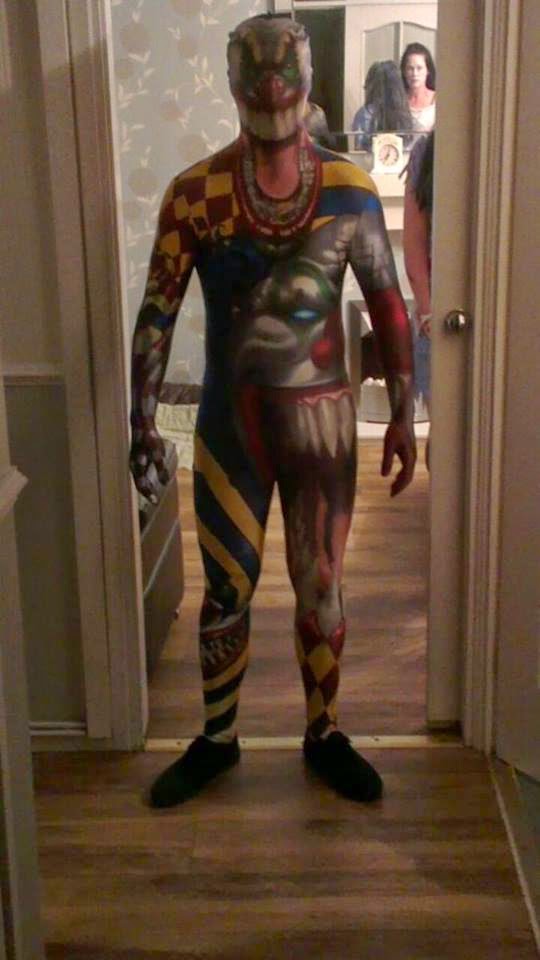 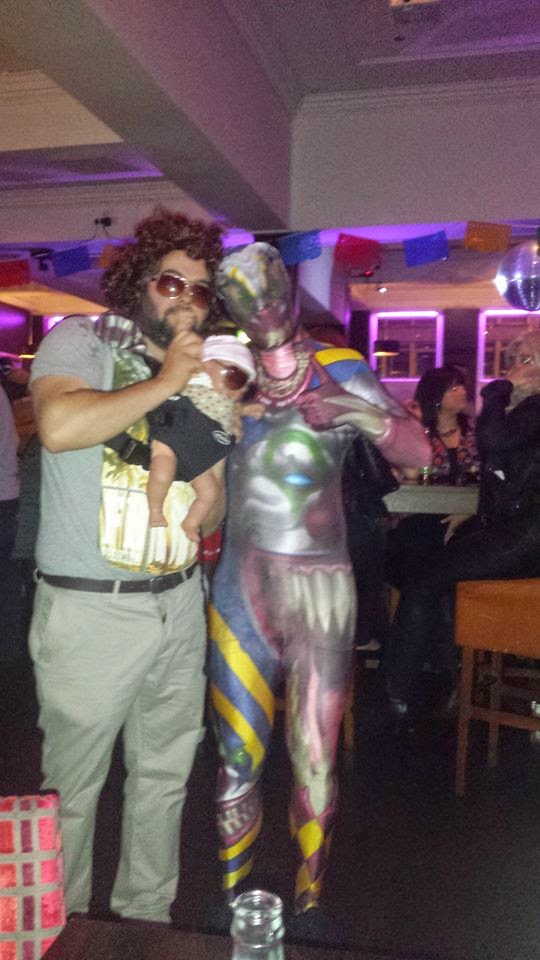 Once we got home we let girls have 2 sweets each from their huge bundle and hem go them washed and tucked up in bed until my step dad came to babysit.
Then it was time for me, Brandon and Amy to get ready to go out and celebrate Halloween. 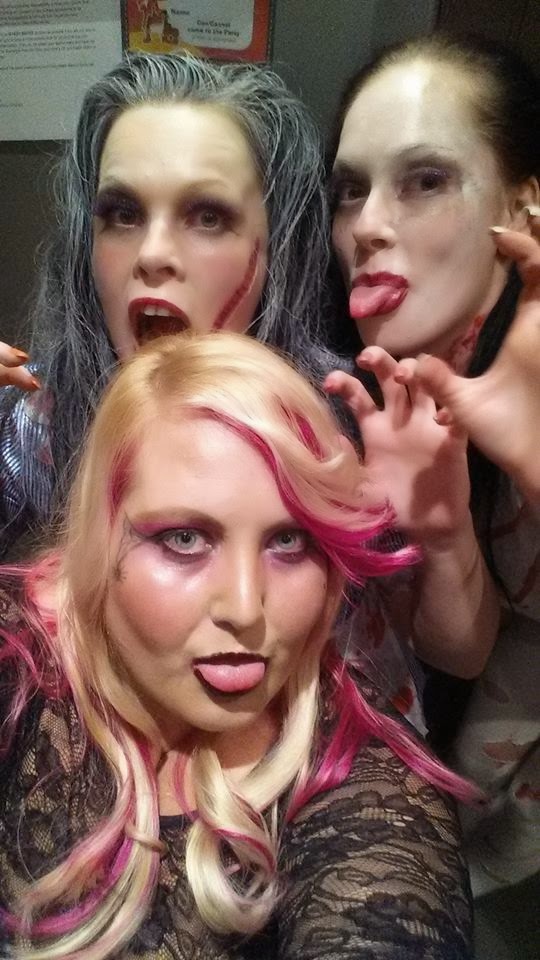 Brandon got so many compliments on his costume which we kindly got sent to review from www.partydomain.co.uk. As soon as we would enter a different pub it was like being at a wedding walking down the aisle watching the heads turn and stare at Brandon as he made his entrance in the scary clown costume.
This costume can be purchased here on PartyDomain's website for £49.04 and the go upto size XXL.
The only downfall Brandon said was he could hardly see out of it but he has put it away to use again when the time is right.
I had to laugh a few times because when Brandon needed to go to the toilet he would ask me to unzip the costume at the back for him.
All in all we both think it's a brilliant costume and well worth every penny.
PartyDomain shipped this item really quickly as we received it the following working day. 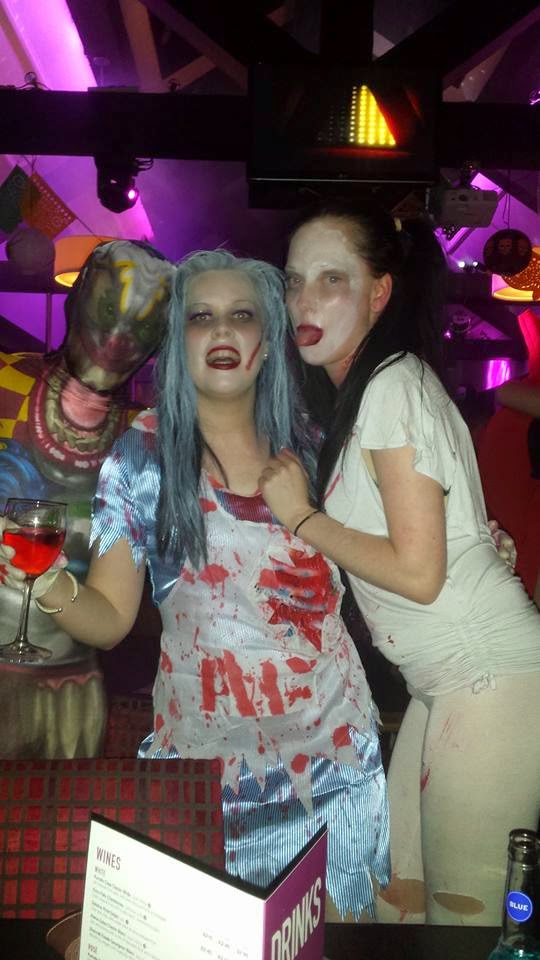 Reason: Could hardly see out of the costume so he spent quite alot of the time with it unzipped down to his neck.