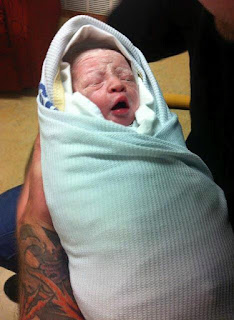 If you have been following my pregnancy posts you would of been aware that I was due for an induction due to the baby measuring small.

On Tuesday 7th July 2015 I had a sweep that morning, the midwife said "I could easily break your waters if needed and I could stretch you to at least 2cm". So after hearing those words, both me and Mr. R went home hoping that I'd soon go into labour naturally, because if I hadn't of gone into labour by, Saturday 11th July I was going to be induced that evening.
For the rest of that day, I had a few little twinges down below but nothing too sore. 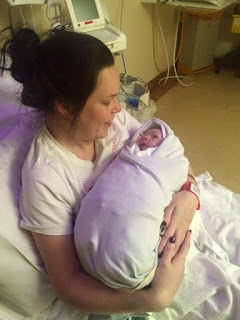 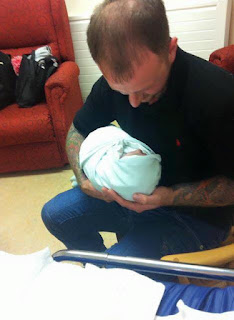 The following morning I woke up with slight lower back ache and cramp in my lower stomach. It lasted a couple of seconds and then slowly faded away. It was then time for me to get Alesha and Alana up and ready for school and nursery, as Mr. R was at work.

By 1.30pm that afternoon the contraction pains in my lower stomach started to come every 5-7 minutes and would last a couple of seconds. I then decided it was time to contact Mr. R at work and ask him to come home as I was having contractions.

When he arrived home 10 minutes later, the contractions slowly started slowing down and were only coming every 10-20 minutes. I paced up and down the kitchen, hoping the walking would speed the contractions up, but sadly it didn't! 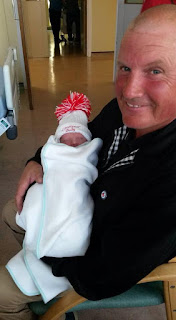 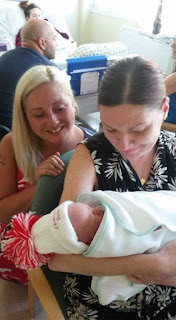 Later that night, we got the kids to bed, we then relaxed on the sofa for about an hour until we went upstairs to relax in bed as my lower back was aching.
I had just laid down in bed, that's when I felt a trickle of warm water go down my leg, then a bit more and even more!
As I slowly sat up in bed the water just kept on coming and so did the contractions!

The contractions were now coming every 5-6 minutes, so I therefore decided it was time to ring the hospital. They insisted I went in to be checked over, so Mr. R rang his mother and step-dad and asked them to come round to mind the girls as I needed to go into hospital.

When we arrived at the hospital around 9.30pm. I was put on a machine to monitor the baby's heartbeat and also trace the contractions I was having to see how frequent and strong they were. The midwife left me on the machine for 30 minutes. After she had a look at the print out results she said the baby is fine and it's not picking up any contractions. She put me back on it for another 15 minutes and the results were still the same (even though I was having contractions every 6-9 minutes as I was in agony but I took slow deep breaths and stayed calm with the help of Mr. R).
She then checked to see how far dilated I was, I was shocked to say the least when she said I was only 2cm so they were going to transfer me to a ward upstairs and book me in to be induced the following morning. 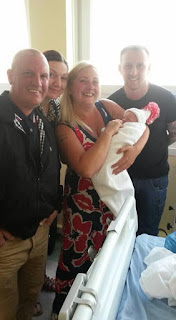 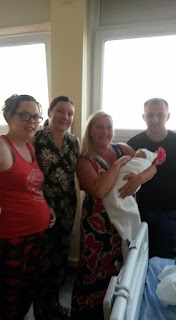 I felt sorry for Mr. R as he then had to go home, due to the fact I was getting transferred from the delivery suite to a ward upstairs.
He arrived home around 11.15pm, told his mother and step-dad what the hospital had said so they went home but kept their phones close by, just incase Mr.R needed to ring.

I was moved upstairs onto a ward where there was two other women who were also pregnant, one was only a few weeks pregnant and was in for morning sickness whilst the other was in the process of being induced. Whilst they were trying to have a quiet chat, it was disturbed by me every 4 minutes moaning in pain. The pain's were really strong so I buzzed for a nurse, she gave me paracetmol and said it may just be cramps because it's my 3rd child.

But by midnight I'd buzzed again begging the nurse for something stronger and telling her it is definitely contractions that I was having. Whilst all this was happening the 2 other women on the ward were trying to rest. 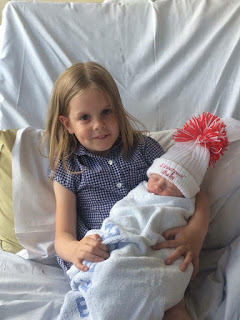 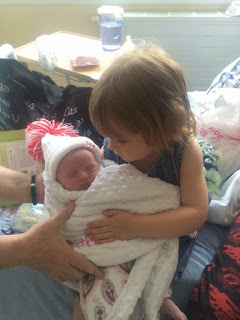 At long last I think the nurse got fed up of me telling her I was having contractions because she said "I'll check you to see if your dilated"! Then I heard, "Ohhh, your 6cm we need to bring you back to the delivery suite".

When the nurse's went to get me a wheelchair and get my belongings, I was on the phone to Brandon telling him to be quick and get back to the hospital that I was 6cm dilated.

The midwifes I had in the delivery room were lovely, I felt at ease and comfortable but a little disappointed to be told I can't have a water birth because the pool had just been used and needed to be cleaned. 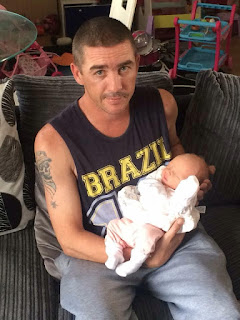 I remember squeezing one the midwifes hand as I puffed away on the gas and air to try take the edge of the unbearable pain. 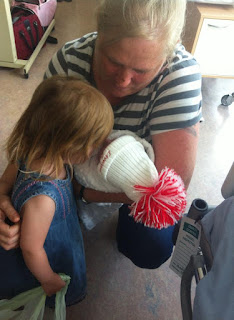 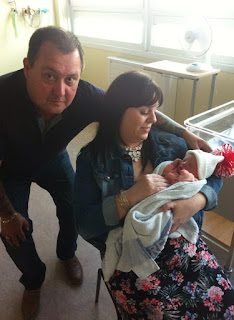 Around 1.50am Brandon came rushing in the doors, so I quickly put my hand out to hold onto his hand. Then I got my first urge to push and so I did, I could hear the midwifes saying "you need to lift your legs up Gillian and push into your bottom". After a few pushes out came my our princess Imogen, weighing a small but healthy 5lb 11oz. 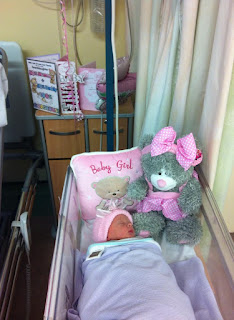 A few hours later we were transferred to the postnatal ward. A heater had to be placed above Imogen's bed because her temperature was a little low due to the fact of her low birth weight and her arriving 2 weeks early. 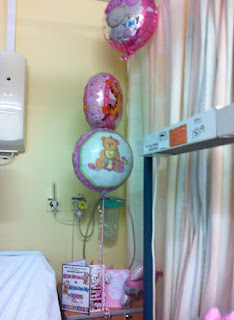 Me and 'tiny leg's' Imogen were so lucky and very thankful to have had lot's of visitors whilst we stayed over night in hospital.

Were both home healthy and happy, she has settled in great besides being a little madam at night time haha! Both her big sister's Alesha and Alana are really pleased she is finally out of my belly and at home to enjoy plenty of cuddle and kisses from them both. 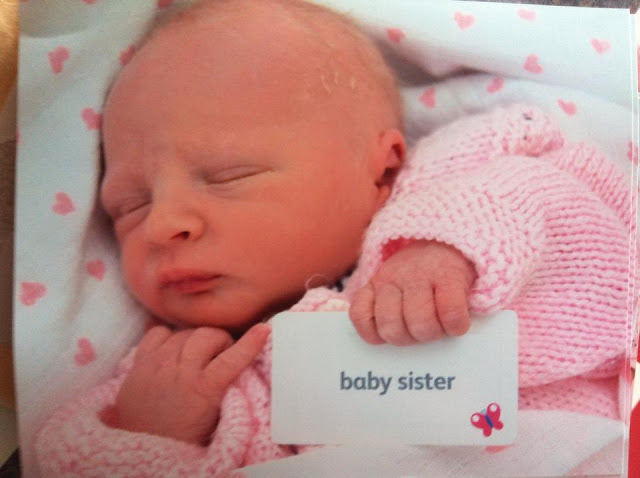