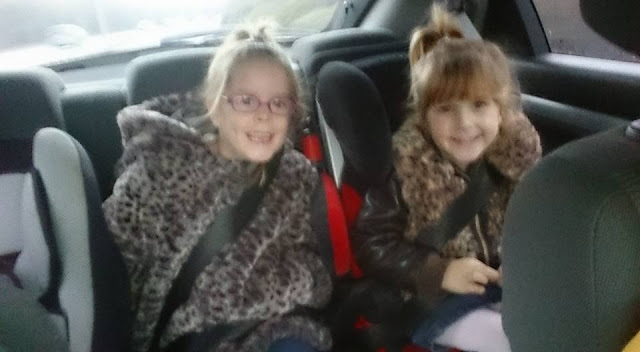 We always tend to find it hard to think of days out and things to do with the children during the cold winter days.

For the last few days Alana had been asking us if we can take them to the cinema, as much as I liked the idea. I wasn't too keen on the other hand, because the last time we took them it cost £30 alone for 2 adults and 2 child tickets. The total soon added up when they kids wanted sweets and a drink. Well over £50 we paid for a trip to the cinema.

But, Friday night when me and Brandon were sat thinking of where to take them the following day. All that kept popping into our heads was the cinema, purely because Alana had been asking if we could take them again.

Then I remembered that Vue cinema do a kids weekend morning called 'mini mornings', between 9-10am they show a certain film for only £2.50 per person. I had a look at their website to see which movie it was but sadly the only movie available to watch at present on 'mini mornings' was Trolls. Trolls is a movie that has only just come out but it's a movie both kids have already watched twice so we decided against the 'mini mornings' idea.

As I was searching for other movies, up flashed new price of £4.99 per person! That brought a smile across my face as it ment it wouldn't cost us as much as it did the previous visit. Brandon went on and booked 4 tickets to see the movie 'Sing' the following morning.

When we got up the following day, Brandon told the girls where we were going and their little faces lit up as they happily got dressed chatting away to eachother about going to the cinema.

We dropped Imogen off at Nanny's (Brandon's mam) because she is too young to still through a movie, especially in the cinema.

The movie was good, just took quite sometime to start which made Alana a little restless and bored. The only other downfall with Vue cinema in Hartlepool is, they have no heating what so ever. The place was freezing, we all kept our coats on throughout the movie. 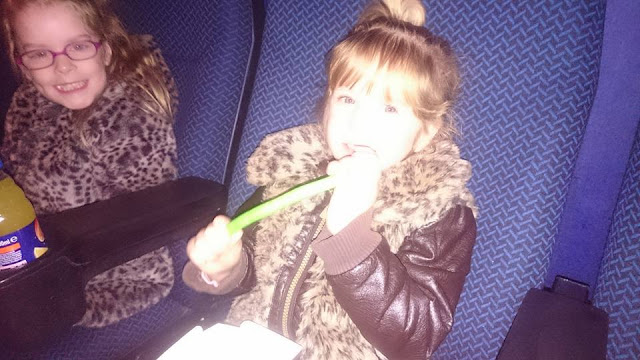