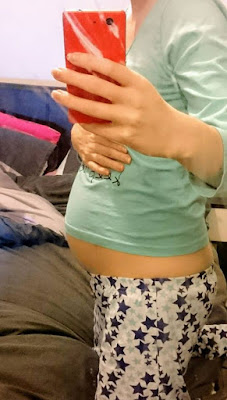 I feel and look like my baby bump has grown so much over night.

I just couldn't resist taking a bump photo after my bath when I put on a pair of Pj's. Yup, you guessed it! They were indeed too small to cover my bump now, at only 16 weeks pregnant!

All of my other pregnancy I've had a fairly smallish bump until just after halfway (20 weeks). My 3 girl's were small birth weights aswel, Alesha was 6lbs 9oz, Alana was 6lbs 13oz and Imogen was 5lbs 10oz. Imogen I had a sweep at 38 weeks because she had stopped growing, no fear of this one not growing haha!

The only worrying concern I have at the moment, is not feeling baby kick everyday. I felt it kick once 2 days ago and haven't felt anything since. I thought I would feel the kicking quite early on due to it being my forth pregnancy.

I need not to worry too much because we bought a doppler and baby's heartbeat is perfect!
Here is some photos of Alesha & Alana listening to baby's heartbeat, they were over the moon and now keep asking can I do it again. 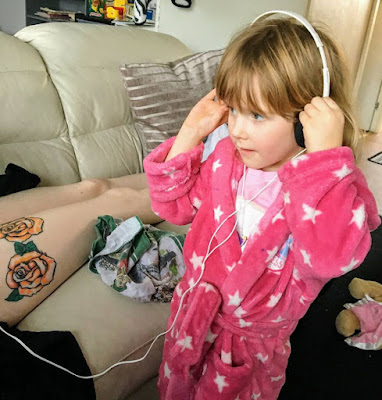 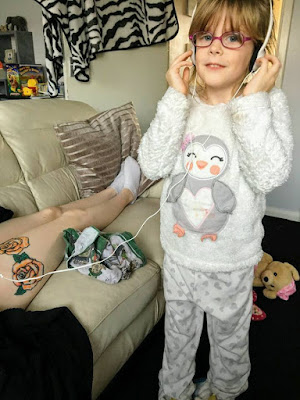